How do you teach kids to use text messaging in an appropriate and useful way? Left to their own devices (pun intended), kids could figure out how to make it useful…but most need help mastering the appropriate AND useful "one-two combo." Like all new technologies, there are benefits and challenges associated with text messaging, as evidenced by the increased prevalence of its use, as well as the upsurge of disciplinary actions that have come up in schools.

Is it really that popular?

Text messaging is the most used data service in the world. Eighty-eight percent of teens own or have access to cell phones or smartphones, and close to all of them use text messaging. Guess what percentage of teens have daily face-to-face interactions with other teens outside of school? 35%...in other words, only a little more than 1/3 of teens still look at each other’s faces when they talk to each other!

Text messaging is a part of life

When most people think of the words “technology,” “children/teens,” they will probably conjure up thoughts of young people completely absorbed by their cell phones, lightning-quick fingers typing away between intermittent giggles or exclamations. Text messaging, when used positively, can be a game changer when you’re talking about socialization with others. As much as kids may view cell phones as entertainment, first and foremost they are communication devices and therefore bridges to socialization.

As you venture down the highway of understanding your kid’s use of text messaging, the concerns with the largest billboards are safety and privacy. When allowing your youngster to lay their digits upon a shiny new smartphone (or used—it doesn't matter because it probably still looks attractive to your kid) , establish firm limits on who they are allowed to text: family, close friends, and parents usually get the initial thumbs up. Let them know that if they text people other than those in the approved circle, those texts can be used to harm them. Emphasize the importance of not giving out personally identifiable information (e.g. their full name, address, other people’s phone numbers without express permission first). Give concrete examples of what may seem like insignificant information (e.g. license plate, school mascot, sport played, parents’ workplace, etc.), but could actually be used against them—and this includes picture messages. This especially includes picture messages! As a parent or caregiver, you need to check that phone! “But what about their privacy?” you may wonder: 100%, privacy is important. Look at it as one step in a graduated process of teaching kids about social boundaries: one of the most important lessons you could impart. As soon as a history of responsible use is observed, you can start to scale back on the level of monitoring.

What if, for some reason, you are not able or willing to check your child’s text messages directly? Keep your eyes peeled for changes in their behavior, either up or down. For example, victims of text bullying may show changes in mood; they may show a difference in the level of engagement with family or friends; may show embarrassment on certain topics, or avoidance of school or other activities they regularly attended. And don’t just keep your eyes open—keep your ears open as well! If your child expresses a worry, agitation, or frustration that is different from what they usually do, it may be an indicator to turn your radar up a few notches to connect the dots. You might have a child who is less likely to speak their minds for fear of retribution from the bully or a fear that they may lose access to their cell phone. Or, they may not even realize that what begins as an annoyance may quickly evolve into something hurtful… harmful, even.

Many kids cannot give you the textbook definition of slander, much less detail the gravity of their words or jokes. You may need to cue their focus in to not just the text itself, but when it was sent (in relation to the text message as a whole or any goings on at school or with friends during that time). Be cautious to write off questionable text messages as “locker room talk,” or cling to the old adage, “they’re just being kids” without giving some thought to other surrounding factors. You need to teach kindness and respect in ways that your kids will get it. If it’s just modeling, fine. Fireside chats? Cool. A behavior contract? Grand. You probably know your kid better than me, and I encourage you to use that knowledge to their (and your) advantage.

Kids need to know that just because they typed some words into a little screen, it can hurt just as much as if they said it directly to someone’s face (and, in fact, it could hurt more). Nefarious things can be sent through text, BUT THEY DON’T HAVE TO. Help them understand that better choices lead to better outcomes, and less savory behaviors can lead to more difficult conversations (at best). Kids and teens need examples of what responsible and appropriate communication looks like, and you need to raise your awareness to when they’re doing it RIGHT—and let them know the value of their good choices. 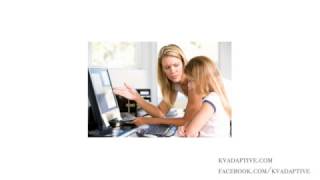